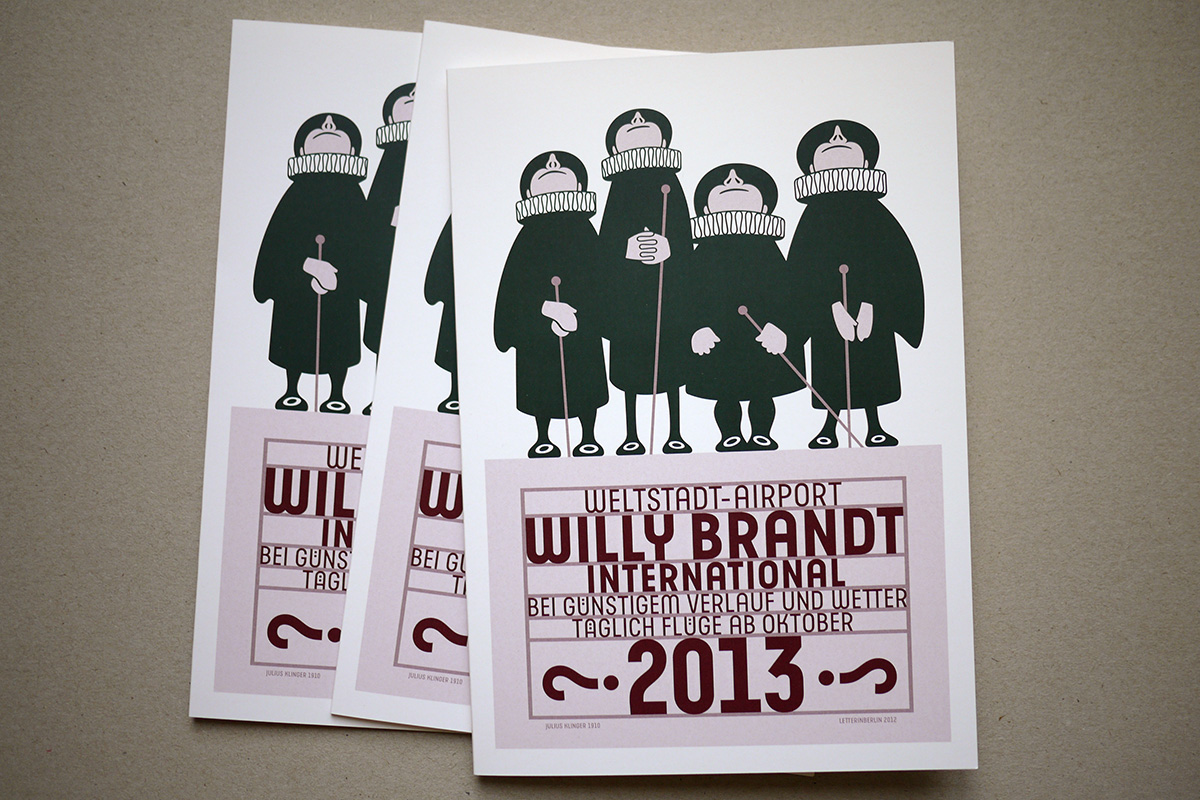 As 2013 New Years greeting, Elena and me as LetterinBerlin wished to remember the poster artist Julius Klinger, whose impressive body of work has today unfortunately fallen into general oblivion. His original imagery, the versatility of his letter drawings and his lasting humour make Klinger a bona fide hero.

Julius Klinger was born in May 1876 in Vienna. After his studies at Vienna’s Technologisches Gewerbemuseum at the start of the 1890s, he worked as a draftsman for Wiener Mode and took private lessons with Koloman Moser. After a stopover in Munich, Klinger settled in Berlin by the end of the century where his drawings, published in Berlin’s Lustige Blätter, drew the attention of Ernst Growald.

Ernst Growald, canvasser of the (lithographic) art institute Hollerbaum & Schmidt and Head of the Department of “Modern Print,” signed on Klinger in 1898. Among the clients for whom Klinger worked were publishing houses such as Ullstein, Mosse and Scherl, Manoli’s cigarette factory and Norddeutsche Lloyd. Up until 1915, when he was conscripted, Klinger originated some thousands of works. 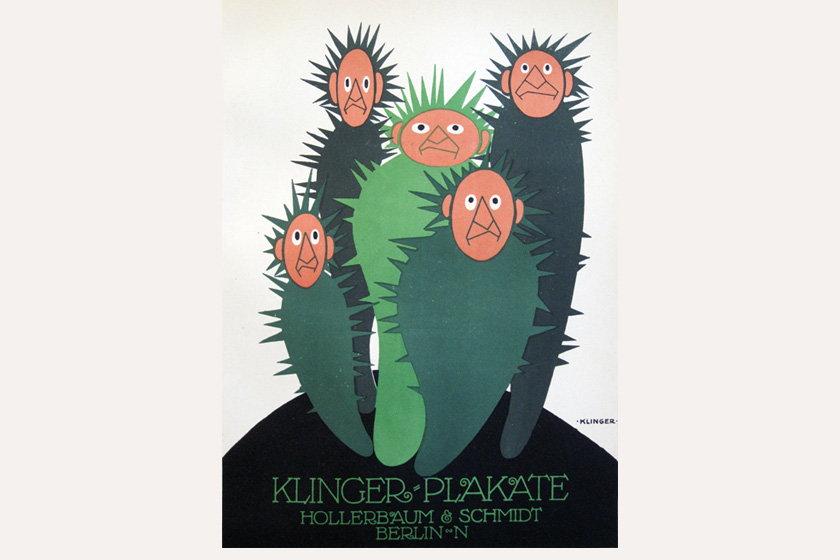 In 1910, his poster for the air show at Berlin’s first Air Field in Johannisthal became legendary. His depiction of the four notables staring upwards to the sky garnered much praise and was used for several years, in various interpretations. Anita Kühnel wrote on this: “As a promoter of the New, he liked to highlight the opposition of old and modern, letting medieval councilmen peer anxiously after the planes […].”*

His fine sense of humour earned Klinger the esteem of critiques and public alike, and together with Lucian Bernhard he became Hollerbaum & Schmidt’s most asked for poster artist. Between 1911 and 1915, Klinger also worked as a teacher at Berlin’s private Reimann School for Fine and Applied Arts, as well as at Höhere Fachschule für Dekorationskunst, founded by Deutscher Werkbund. 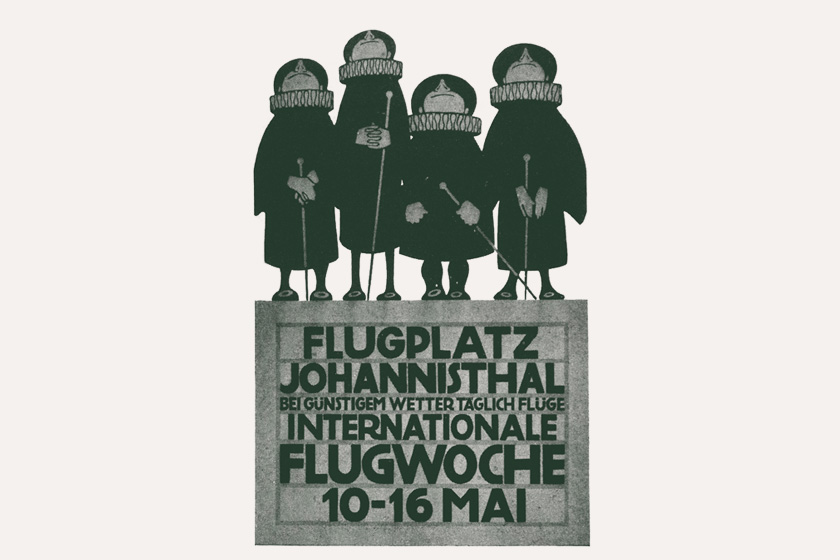 Following World War I Klinger relocated to Vienna, where he was awarded several state contracts of the young Austrian Republic, in addition to honorary orders by international corporations such as London Underground and General Motors. Between 1929 and 1931 he taught once more in Germany, this time at Kunstgewerbe- und Handwerkerschule of Magdeburg.

Being Jewish, Klinger had been persecuted since the National Socialists claimed power in Austria. In 1942 Klinger, together with his wife, and nearly one thousand Vienna Jews, was displaced to the region of Minsk in Belarus, where they were murdered.

—————
This article first appeared in January 2013 on LetterinBerlin. Find the German version here.